Otherwise known as Charley, our stud boy.  10" at shoulder.  Has been tested PRA clear.

Charley is our stud boy.  Beautiful thick dark red coat that has faded to an apricot as all reds do.  He is a delightful little boy, fairly quiet and gentle, and a bit cheeky, but the girls make sure he knows place - i.e. under their collective paws.  Charley loves his food, but not quite as much as Ruby!  He also loves retrieving a tennis ball, if Poppy will let him.  Poppy is his best friend.  As a young puppy he soon worked out that if he wanted to live a happy life he had to suck up to the boss (Poppy).  Poppy took a liking to him and took him under her paw, she was very protective of him when he was young.  Now they sleep together and play together, but Poppy can run faster than Charley so she gets to the ball first, and won't give it up.  Peter has to throw the ball for Charley when Poppy is not looking, although Charley has now worked out that if he runs out before the ball is thrown he can sometimes beat Poppy to it (clever boy).  Charley is not really a lap boy, although he does get up onto Peters lap occasionally, he really is a daddy's boy.  We are hoping Charley will sire lots of beautiful puppies.  Many thanks to Santra Cameron from Paquitastoys for our beloved Charley.

Charley is now a proven stud.  He has had 3 lovely natured puppies with Ebony, 6 puppies with Lucy, and several puppies with other breeder's girls.  He is available for stud duties to toy poodle breeders, but you must have a breeders prefix.. 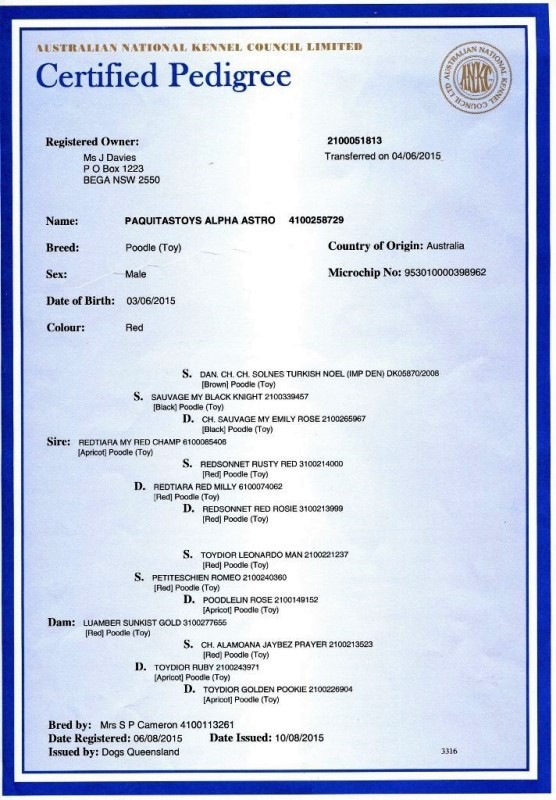 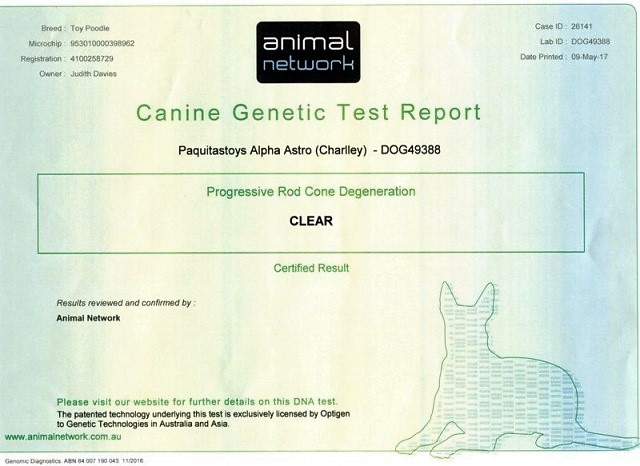